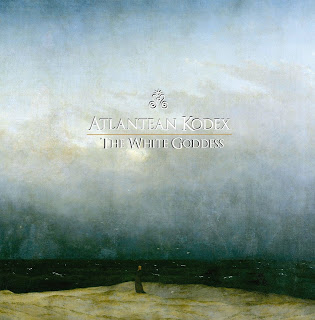 Currently we are getting a lot of mail, asking us about whether “winter 2012/2013″ is still a valid date for the release of “The White Goddess”. We have read your letters and we have heard your call. To put it short: at the moment we’re heading for a release in April 2013. The songwriting is finished, the basic tracks are recorded. Hopefully by December we can finish the recordings altogether. Under any circumstances we will not rush things. Even if takes us longer than April. Our main and only focus is pure quality. Simple as that.

Anyway, now that the songwriting is finished and regarding the songs, we feel that we even might be able to top “The Golden Bough”.


Of course, it sounds like the standard PR blabla, but if you know us, you know that we don’t give a shit about promotion and stuff like that. We do it for ourselves. Nevertheless we feel it’s safe to say that this album definitely will contain three, maybe four songs, which are better than everything we’ve ever done before. We are so excited about the music we’ve created in the past few months, it’s hard to describe. Don’t expect a second “Pilgrim” though. The stuff on “The White Goddess” will be different. But still 100% Kodex. You’ll be able to tell that after 10 seconds.

There has been a slight change in the track list. The album will probably look like this:

1. Trumpets of Doggerland (There were Giants in the Earth in those Days) – ca. 1:30: Basically an atmospheric intro to set the mood for the album
2. Sol Invictus (With Faith and Fire) – ca. 10:00: Still (in my humble opinion) the best song we’ve written so far. This will be the album’s “hit” for sure. It’s fast, it’s pounding, it’s glorious. Maybe it’s best described as a mix between Isen Torr and “Blood on Ice”-era Bathory. Scorching.
3. Bilwis (Sorcery and Witchcraft in Eastern Bavaria) – ca. 1:30. The outro for “Sol Invictus”. Corn Demons from the Upper Palatinate are serious business
4. Heresiarch (Thousandfaced Moon) – ca. 12:00: This is the heaviest and most unusual song we’ve written so far. It reminds me of “Pilgrim”, Uriah Heep, “Battle Hymns”-era Manowar and Solstice
5. Twelve Stars and an Azure Gown (An Anthem for Europa) – ca. 7:00: The album’s commercial radio single. A hymn for Europe. Power ballad?
6. Kodex Battalions (The Iron Horde) – ca. 4:00: This one will fuck you up in a live situation. Fastest song we’ve done so far.
7. Virgin : Mother : Crone (Media Vita in Morte sumus) – ca. 3:30: If you liked “The White Ship”, this one will blow you away. A cappella, Markus’ glorious voice is soaring.
8. Der Untergang der Stadt Passau (Flaming Sword of the Watchers) – ca. 1:30. Introduction to…
9. Enthroned in Clouds and Fire (The Great Cleansing) – ca. 10:00. Another standout anthem. Incredible heaviness paired with melancholic melodies, pure “Twilight-era”-Bathory worship. Crushing stuff, lyrics are taken from Bavarian mythology.
10. White Goddess unveiled (Crown of the Sephiroth) – ca. 11:00. The album’s grand finale. If you think “A prophet in the forest” was good, this one will blow you away. It’s Atlantean Kodex in its purest form and essence. If I had to pick one track on the album to show people what Atlantean Kodex are about, I’d pick this one.


In the meantime: for official news from the amazing world of the Atlantean Kodex check our Facebook: www.facebook.com/atlantean.kodex


Thanks for your patience
Eingestellt von M. um 06:44